The land on which Lakevale is developed was once American Indian country, as evidenced by the arrow heads and other artifacts found in the area. The original land grant occurred in 1744 when the Sixth Lord Fairfax granted 4481 acres of land to Thomas Lee. Over time, the land became the Murnane Farm and the Chilcott Brothers Fruit Farm.

Thomas Murnane purchased his land, once part of the old George Williams plantation, in 1865 and 1866. The old Murnane House, which in early developer plans was to become the Lakevale Clubhouse, was a log house located just southeast of the current Lakevale Clubhouse. Lois and William Newton purchased the land in 1957, renovated the house, dug out the spring-fed lake, which still exists today, and developed the land for horse breeding. The Newtons sold their 50.7195 acres to Clifton and Myrtle Mayhew in 1961, who in turn sold to the land developer L.R. Broyhill Co., Inc. in July 1962 (Deed Book 2161, page 71).

Ellery Channing Chilcott purchased his land, also part of the old George Williams Plantation, in 1910. His two sons Amos Hurd Chilcott and Ralph Waldo Chilcott developed the farm into an orchard of apple and peach trees and grape vines. The old Chilcott House was located on the top of the hill which is now the corner of Lakevale Drive and Babcock Road. Ralph sold 51.439 acres of the land to Frank and Lois Newton in 1955. The land conveyed to Milton and Rose Smith in 1956 and to L.R. Broyhill in August 1962 (Deed Book 2186, page 69). Ralph’s widow, Perda Hobbs Chilcott, sold an additional 60.568 acres of land to L. R. Broyhill in May 1965 (Deed Book 2610, page 317). Lakevale Estates was developed in three sections. The first and second sections were comprised of land from all three Broyhill land purchases, including parts of both the Murnane Farm and the Chilcott Farm. The third section was
comprised of land from the latter two purchases, formerly the Chilcott Farm.

Broyhill sold 100 of these lots to the builder Yeonas. The first homes were sold on 12/31/66 for around $40,000. The Lakevale Community Center was completed in 1967. The final home in the development was built in 1969 and sold in 1970. Babcock Road was an existing road, built for Charles E. Babcock, who lived on the other side of Babcock Road from Lakevale and who served as mayor of Vienna for 6 months in 1913. East and West Meredith Drives were named after one of L. R. Broyhill’s Lakevale Estates salesmen, Meredith Pierson, who is an original Lakevale homeowner and who still lives here today.

Lakevale originally had two associations: The Lake Vale Estates Community Association, to operate and maintain the facilities and the lands, and The Citizens Association, to promote the general welfare of the residents. The original community housed horses in stables located behind the Community Center. Lakevale homeowners had the Kwanzan cherry trees planted in 1969 so that the neighborhood wouldn’t look so “barren.” The Lakevale Players, the community theatre group, put on their premiere production in 1969, and continued through 1972. The luminaries tradition started on Fernwood Drive and was extended to the rest of the community in 1973.

Although Lakevale Estates has changed over the years, the community spirit that inspired the original development is still alive and well today.

Here are some pics taken from the book “That was Vienna” by Connie and Mayo Stuntz. There is a section in it about the area surrounding what is now the Lakevale area. 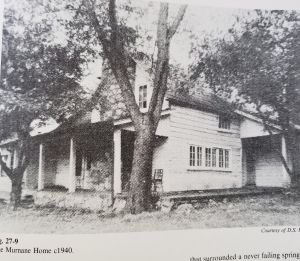 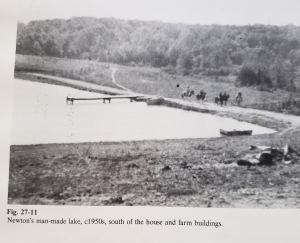 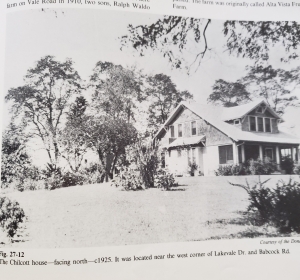 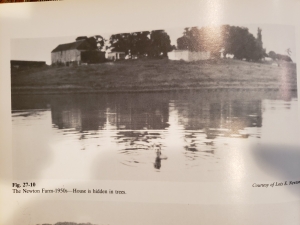 The pic showing a barn at the top of a hill is where the pool is now. The shed in the upper right burned some 25 years ago (around the 1990s) but the shed we have there now replaced it.
The pic of the people on horses is the area below the dam. If you look closely you can see there was a sharp drop off behind the dam that was filled in some 35 years ago and where our ball fields now sit. When LV was constructed there was a horse stable below the dam capable of holding six horses if I remember correctly. It was demolished before the fill was undertaken.
The pic of the Chilcott house was of the owners that sold a portion of the tract that became LV. It sat at the intersection of Babcock and Lakevale Drive.
The last home was the Murnane home which sat on a lot on Oak Valley Drive adjacent to the lake. As the book notes the property had a never ending stream which of course still feeds the lake.